Finally, we’ve reached one of the biggest subjects on Skyward Sword. Reiterating what I said in the previous segment on Design, Skyward Sword was created with two things in mind: the Motion Controls which made the game combat focused, and story. Skyward Sword is very story driven, they started with the premise of the game being the origin story of the Master Sword and went from there. Some argue this game executed story in Zelda better than any other game to date, and that it also had the best character development. I disagree. I admit it feels like they did try to put emphasis on story, but the end result falls short.

The plot didn’t really come together easily at all. Besides the idea of exploring the origins of the Master Sword, another concept was showing the creation of Hyrule. For a long time, progress was hard to gain during development because many contradictions to established lore came up. (The game still has contradictions, but there could have been a lot more.) Difficulties also came up due to the cinematics hitting a major snag because they needed the framework from the plot. The synopsis of the plot was written in only one day, Fujibayashi locked himself in his house working feverishly, while also sick. It was then revised and used:

“Fujibayashi: Yes. (laughs) We settled on having the sky and surface world, and on top of that, it was going to tell the story of the creation of Hyrule, with the untold story of the origin of the Master Sword. So, looking back at the series so far, we began knitting together the various elements. And then all sorts of contradictions arose.

Iwata: There have been a lot of games in the series since the original Legend of Zelda game 25 years ago and they each have their various stories and settings. Trying to create a new setting based on all of them is bound to become a battle against contradictions.

Fujibayashi: Yes. Then about two years ago, we had to think about a number of things all at once - from the system to the stages and game fields - and Mori-san, Yoshida-san and the cinematic scene staff were beginning to join the team, so we were under pressure to make the ‘hakogaki’ soon.

Iwata: The ‘hakogaki’ is a rough synopsis of the essential points of the script.

Fujibayashi: Yes. Time was running out, so I told everyone that I wasn’t feeling well and holed up at home one whole day to write it! (laughs)

Iwata: I can’t condone such behaviour, but you wanted to concentrate alone.

Fujibayashi: Yes. I locked myself in and from morning to evening did nothing but write the synopsis.

Iwata: Even though you didn’t feel well? (laughs)

Iwata: So the synopsis got the okay. Mori-san, then your work on the cinematics team could begin, right?

Mori: Yes. I was to write the dialogue based on the synopsis, so we met face-to-face and began hashing it out.” - Iwata Asks: The Legend of Zelda Skyward Sword - Vol. 6: The Dense Script and Direction

On top of that, Spirit Tracks was being worked on as well during SS’s development, and for awhile Fujibayashi went sort of hands-off with SS to focus on it. So, Skyward Sword's plot was kind of rushed, and the developers were very open about this. For me, it does bleed through in the game. If SS is really the quality showcase of Nintendo trying to make a story-driven Zelda, hope for the series moving forward is dismal. 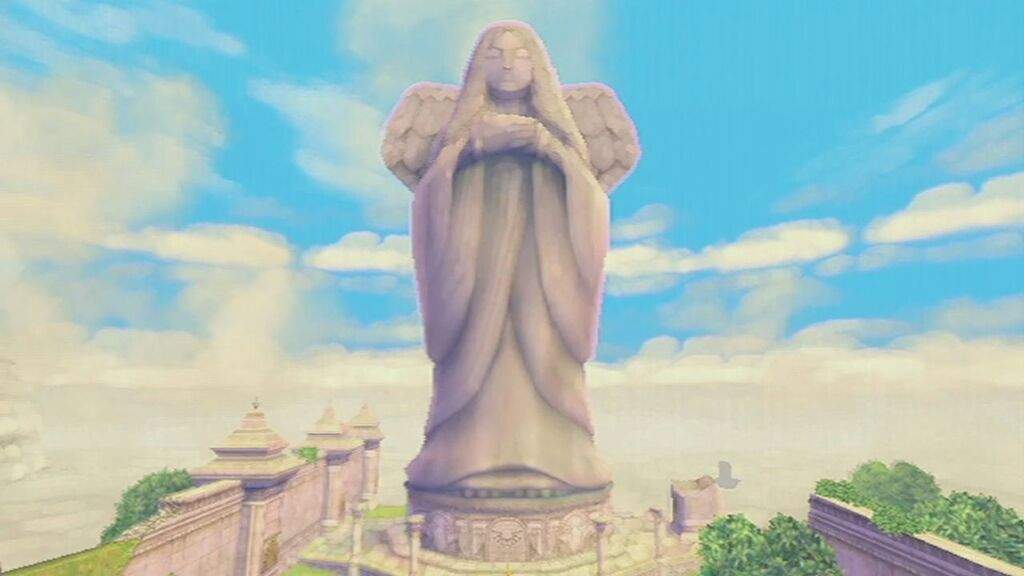 The entire premise of the story is decent, but there are kinks. The Goddess Hylia sealed away Demise, the ancient Demon King who sought to obtain the Triforce. The seal would not hold forever though, so Hylia gave up her immortality to be reincarnated as a mortal in hopes that the Triforce's full power could one day be used. Her mortal incarnation falls to the surface world, prompting Link to follow after her. Wielding a blade known as The Goddess Sword, he upgrades it, eventually making The Master Sword. Pretty good stuff so far, right?

Well here is where things go sour: when he reunites with Zelda his goal changes to finding the Triforce, and using it to wish for the death of Demise. Link does this, but it was completely pointless to do because mere minutes later Ghirahim, Demise's servant appears out of the blue kidnapping Zelda and using her divine essence in the past, reviving Demise. Link of course kills Demise, but before the Demon King dies he places an eternal curse which is supposed to canonically explain the entirety of the series.

Sighs. At least we were flying high for awhile, right? There are a few issues with this plot that ruin it for me.

Firstly, Hylia chose to become a mortal… this makes no sense! It seems the intent was Zelda would be the one to harness the Triforce to kill Demise - and honestly that would have been pretty cool - though they decided to stick her into a throw away role where she stays behind in a crystal for thousands of years. That sacrifice is supposed to pull heart strings, and I'm sure for people who glazed over the dialogue in that crystal scene fell for it hook, line, and sinker. It didn't get past me though, which is why I didn't care about that moment at all. That plot point not being omitted also further solidifies that the plot was thrown together hastily.

Second, reviving Demise and killing him absolutely in the past would trigger a Grandfather paradox; in the present you've eliminated the driving factor for Ghirahim to try capturing Zelda at all. You have to create theories to resolve this issue, or you just have to disregard it and play Zelda games like plot doesn't matter, and I've had fans outright say they do that; those are usually the fans who also like SS's plot. Final point, if you play the games like that, how are you in any position to critique the story objectively? I rest my case.

Third, the Hate Curse was a bit unnecessary. While I've cooled down a lot on not liking this, it still feels cheap that a villain who had only 10 minutes of screen time is the reason why Ganondorf always comes back around. We also had a good enough explanation on why Zelda, Link, and Ganondorf always confronted each other - they were bound together by the virtues of the Triforce they represent.

Moving on, even character development doesn't redeem the game either because all of them are written in uninteresting ways.

I hate that Zelda was resigned into the sacrifice role that she always seems to fall into. I see the direction that was trying to be worked for - which was giving Zelda the Triforce and killing Demise, I just don't get why they didn't go through with it. It's also worse because the evidence for that setup is still in the game. I'm not sad she ended up in the crystal, I'm absolutely livid about it! Unfortunately this isn't the only failed attempt to set up a plot point in SS. We also have Fi. 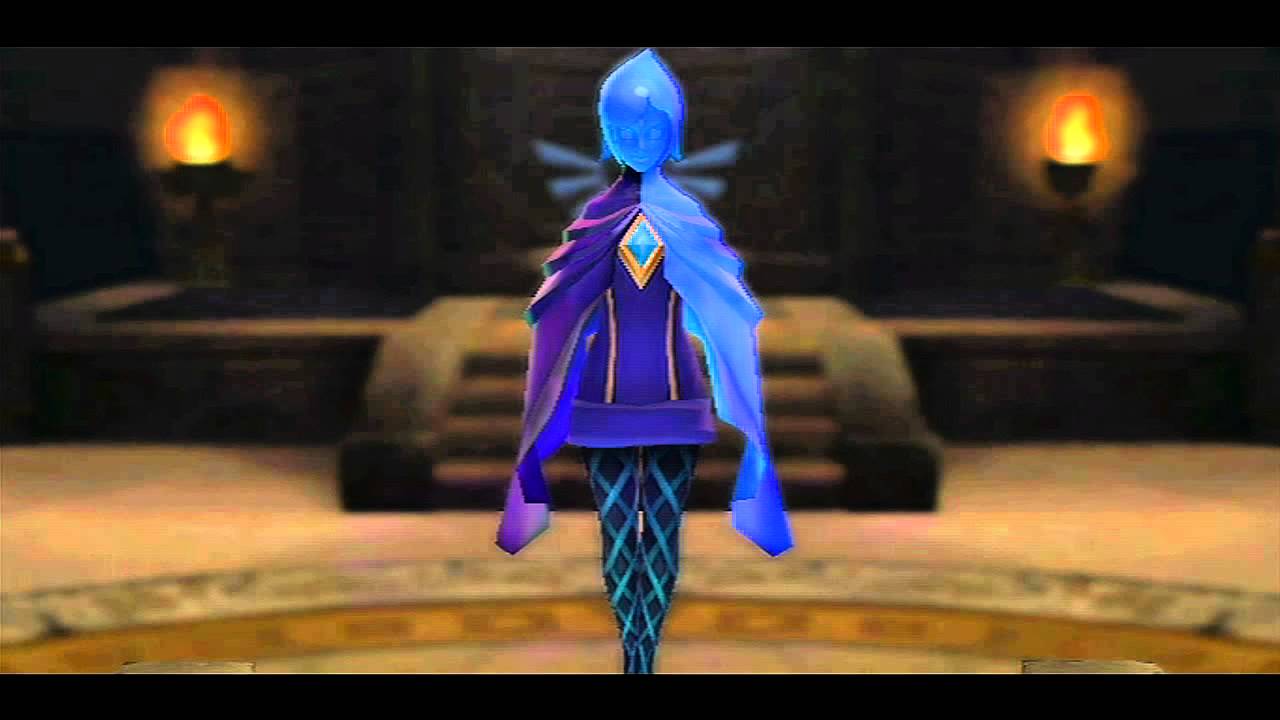 (Master, the batteries in your Wii Remote are nearly depleted.)

This annoying robotic companion is supposed to have a growth arc. I like that they thought about it - The Goddess Sword is being upgraded, so it makes sense, but they did absolutely nothing with the concept. Just like with Zelda being hinted to obtain the Triforce, dialogue suggests that Fi is like a child, and on the journey she will grow and mature. We don't see that at all though, Fi at the end of the game is no different than Fi from the beginning: her farewell falls flat because she wasn't shown to grow as a character, so those lines have little emotional impact at all. Well, you might cry out of relief that you're free of her nagging, but that's all.

Impa is a static character, so I can't complain about her because she had no arc. Her biggest role in the story is the plot twist at the end where you learn she is the old woman who was guarding the Sealed Grounds. Thousands of years into the future she is still devoted by the duty of the Sheikah tribe. There isn't much more to it. They kept it simple and it works, but she isn't worth writing home about.

Ghirahim was pretty interesting mainly with his quirks. He is a loose cannon trying to maintain his composure, that is obvious, and at the end of the game he completely loses all control over his anger. He is written decently at least. I think this goes to show the straightforward characters work, but the ones who are supposed to have an arc that evolves in some way don't work out. 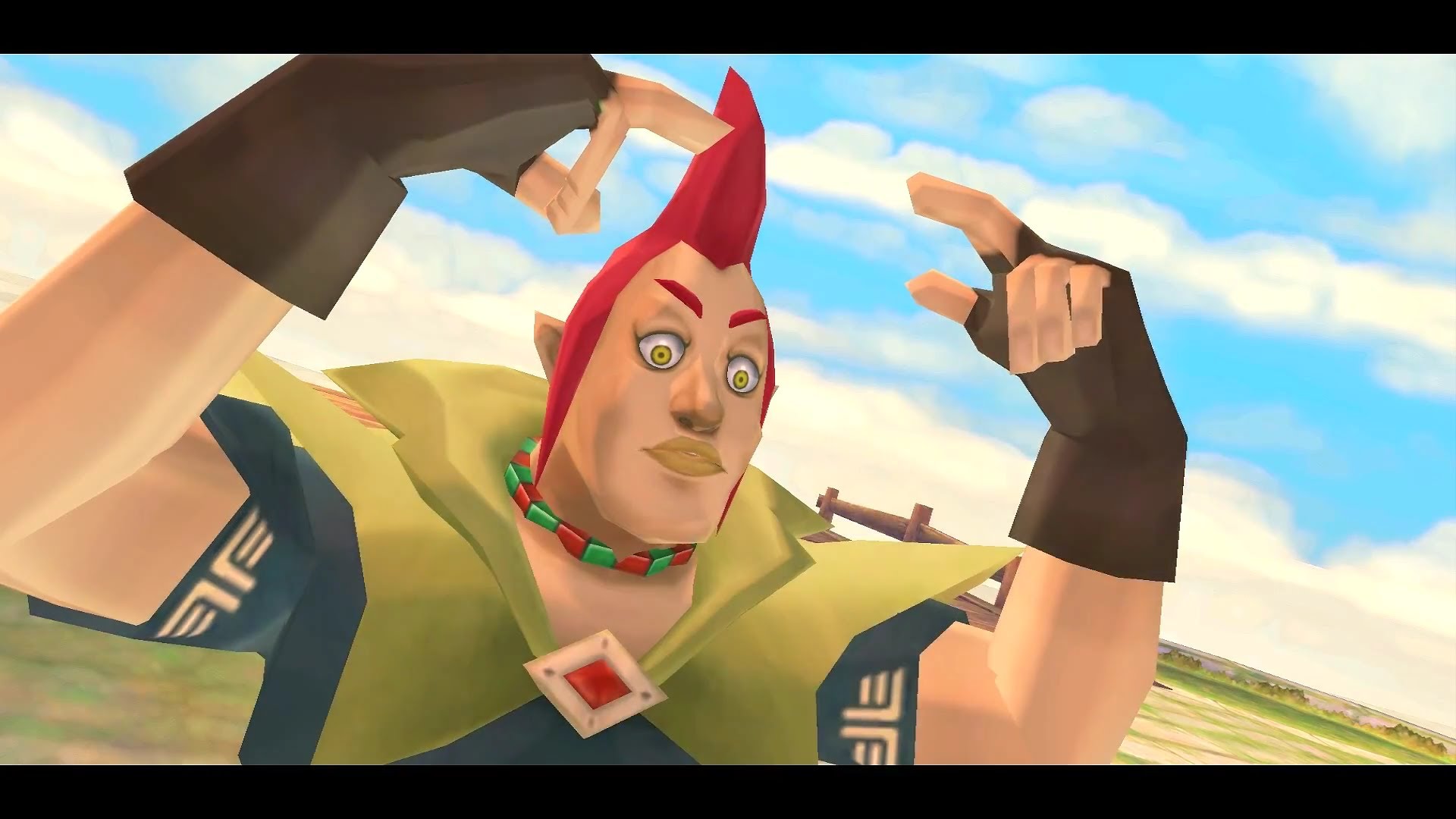 Lastly, we have Groose, he is the only character whose arc we see change on screen besides Ghirahim's - I wish I could say Groose was the best character ever written into a video game and he single-handedly saved SS's story, but that isn't the case. He's supposed to have a character reversal, but just like with Zelda and Fi's arcs, they failed to execute this. He goes from being an asshole, to being helpful in Link's quest, but he doesn't apologize for bullying Link at all. He's still an asshole, basically. You can say his actions show that he's not mean anymore, but it would have been better to actually have him verbally reconcile with Link rather than the game beating around the bush about it.

That's pretty much a wrap, I don't have much more to say… This game sucks, and I have a feeling it will always suck for me. I did make a deal with Zelda Dungeon's Editor in Chief, Andy Spiteri, that I will replay Skyward Sword next year with a more open mind. If I go through this nightmare, he will go through the pains of playing Tri Force Heroes in Solo Mode (great deal imo, haha!)

There is certainly a reason I haven't pulled Skyward Sword off its shelf since 2012. I'll admit my dislike of the game was deeply rooted in the overhype and the disappointment from the game not meeting my expectations. It also greatly interests me that a lot of fans did like Skyward Sword's story, but a lot of my friends who are older ZD Forum members don't. Have we convinced ourselves the story is absolutely trash within our cimmunity, or is it actually trash but other fans are less judgemental of it? Apparently people cried when Zelda sacrificed herself to stay behind in the crystal, and I've longed wondered if there is some aspect of the plot I'm missing with that scene, because my mind was focused more on the missed opportunity that was being hinted at in the very scene. These are things I will be looking for to be either resolved or solidified as a flaw in my playthrough next year.

I don't think this game will cease to be Suckward Sword for me, but I do think it will be cool to revisit it years later with a calmer mindset. I'll probably do an additional Blog in this series detailing my thoughts adter the replay.

As always, thank you for reading, stay chill, and eat Skittles in healthy moderation!

Zelda Community is not affiliated with Nintendo®.
Copyright © 2000-2021, Zelda Cavern.
All Rights Reserved.